Join 15 other subscribers
Posted on April 21, 2022 by Morgan Bernard

Featured in The Inertia 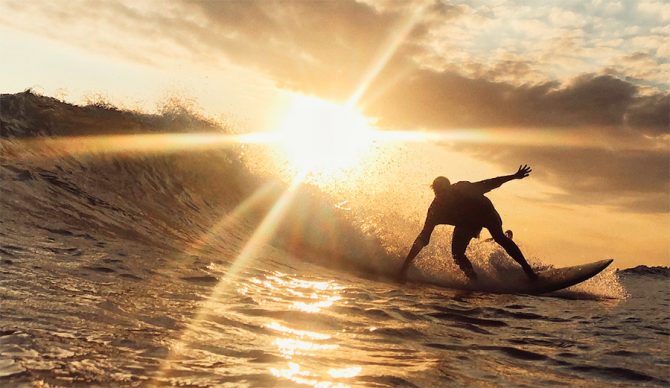 The surf remains the same but the surfers, well….there’s a lot more of ’em. Photo: Silas Baisch//Unsplash

Two years ago, disease spread around the globe, and much of the population retreated to the confines of homes and humble apartments. For those of us stuck in the concrete trappings of modern cities, the urge to get outside grew exponentially each day. When states finally lifted the harshest restrictions and permitted outdoor recreation, the outdoors-starved population flooded the wilderness. A mass retreat away from cities and into nature ensued.

For surfers, that meant scores of first timers entering the lineup. For the surf and outdoors industry, it meant record-breaking profits. Even as unemployment surged to heights not seen since the Great Depression, camping and outdoor recreation equipment flew off the shelves. In June of 2020, bicycle sales rose by 63 percent, while kayak sales spiked by 56 percent. In the surf world, board sales rose a sharp 113 percent. With gyms closed and team sports on hold, surfing and other outdoor endeavors took center stage. Two years later, the hordes of new surfers that entered the lineup have twenty-four collective months of surfing under their belts and are shifting lineup dynamics around the world.

When I arrived in France in January of 2022, the anticipation of my first surf in the chilly North Atlantic was nearly too much to handle. After weeks of train travel, while lugging a board around the continent, I was finally going to luck into a bit of swell in Biarritz. Biarritz is a surf town through and through with a staunch local crowd. The charming coastal enclave attracts surfers and travelers from all over the planet, so I was curious to see how locals would treat an outsider during the winter when swells peaked and travel declined.

Whenever I surf a wave for the first time, I’m exceedingly cautious with the crowd and try to stay out of the way as much as possible, and my time in Biarritz was no exception. As I entered the icy Atlantic on an unusually sunny January morning, I calmly paddled out through the channel, nodding hello to anyone that happened to look my way. I floated a few meters from the main pack and watched the first few waves roll through.

The lineup I paddled out to was like those I found while driving up and down the California coastline in 2020. A group of immensely talented young surfers made the best of a crowded peak, but just like in California, the talent in the water was the minority. Most of the surfers bobbed up and down on alternative crafts, longboards, and soft-tops. They weren’t quite beginners, but they were clearly still relatively new to the sport. They knew where to sit and where to take off from, but they didn’t always make their waves. Once they managed to catch a wave, they didn’t seem to be entirely sure what to do with it and seemed content riding cleanly down the line with little to no directional changes.

Suffice to say, I am in no place to judge anyone’s surf prowess. While I may occasionally feel like I know what I’m doing in the water, all the photo and video evidence I’ve seen suggests that I’m a bit more awkward on a board than I care to admit. So, this motley crew lineup was a breath of fresh air. I could relax and take the waves as they came to me without worrying about being called off a peak by some aggressive local or getting in the way of an airborne, towheaded 15-year-old doing his best Italo impression.

While having beers later that week with a friend, he revealed a similar situation in Spain, where he lived, claiming the talent was not what he expected. As was the case in Biarritz and other lineups around the world I had visited in the last two years, the average skill level was decidedly intermediate. Hiding from the rain during a chilly winter afternoon, we went back and forth on the issue until we realized the unifying factor: each break welcomed swarms of new surfers during the pandemic-inspired outdoor boom of 2020. To the disappointment of crabby locals everywhere, many of these new surfers kept with it. After two years in the water, they’ve moved on from surf schools and soft tops and embraced the newly popular mid-length.

This Covid generation of surfers isn’t core by the strictest definitions, but that doesn’t mean they won’t be. Surfing has been growing for decades, and despite the industry not being the commercially viable giant it once was in the early 2000s, more and more new surfers flock to lineups around the world each year. Surf lineups aren’t the only place in the outdoors facing an increase in numbers. Around the United States, hiking trails are seeing an unparalleled uptick in foot traffic, and campground shortages are sure to dominate the summer. The campsite booking app Dyrt surveyed users earlier this year and found that users felt it was three times more difficult to find an opening in 2021 than in previous years, and 53 percent of users had to make reservations at least a few weeks out.

Only time will tell if the pandemic outdoor craze will calm or if these new crowds are here to stay. The various outdoor communities around the world have always been small, niche crowds that care deeply for the environment. Maybe if the outdoors and the ocean become mainstream, protecting them would be easier.