Join 15 other subscribers
Posted on August 20, 2019 by Morgan Bernard

*Featured on The Matador Network

AS I SHUFFLED toward my seat in the back of the plane on a recent trip to Nicaragua, I was surprised by the faces that looked up at me as I passed. My earlier trip to the country in 2016 had been at the height of its tourism boom. During that time, a flight bound for Managua would have been comprised of a motley crew.

On board back then, you’d have seen resort travelers in straw hats ordering rum cocktails, grungy backpackers looking like they’d already been hiking for days, and maybe a dozen teenagers in a youth group planning to volunteer at a Nicaraguan mission. For sure, you’d see burley surfers from California or Florida, complete with wetsuit tan lines. 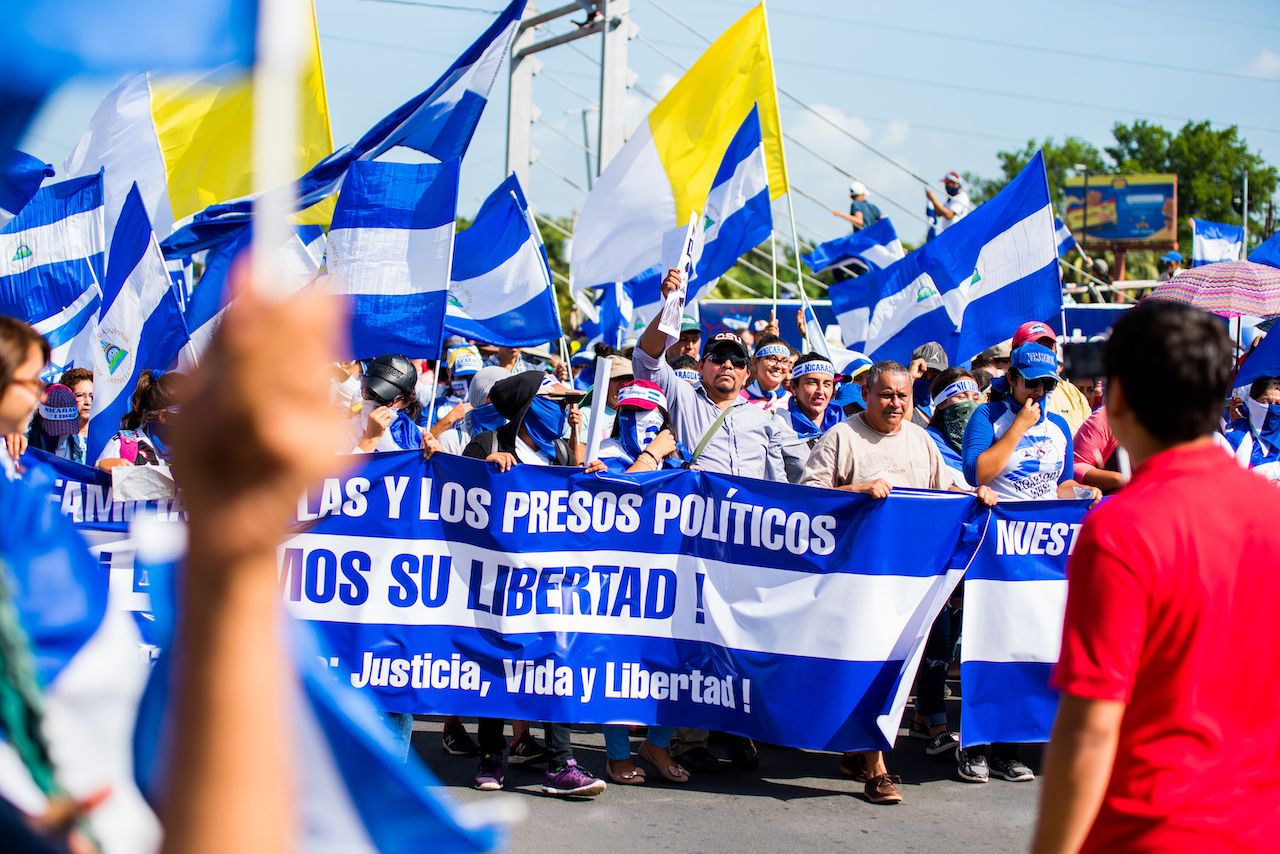 In April 2018, protests over Nicaraguan president Daniel Ortega’s cuts to social security broke out in the country’s urban areas. At first, the protests were small and consisted mainly of those who would be immediately impacted by the new policy. As Ortega’s government responded to protesters with unprecedented violence, demonstrations spread across the nation.

Eventually, the social security cuts were scrapped, but by that point, the country was outraged by the deaths of peaceful protesters and demanded early elections. For the next few months, a back and forth between protesters and the government ensued that left hundreds dead, many wounded, and thousands displaced. Alas, Ortega survived the turmoil and remains in power in Nicaragua.

Since then, life has slowly returned to its normal, peaceful state, but the political strife led many foreign governments to issue travel warnings. The US State Department labels Nicaragua under the Level 3 Travel Advisory, “reconsider travel,” even though there haven’t been incidents of violence since the summer of 2018.

While the protests, which were labeled a “failed coup attempt” were a shock to the world and devastating to the country, officials at the Nicaraguan Tourism Boardpointed out that, statistically, traveler safety was unaffected. “There have been absolutely no issues or incidents with tourists and protesters or the police in [the] country,” an official there told me.

The Tourism Board directed me to a recent study on homicide published in July 2019 by the UN Office on Drugs and Crime, which shows that the homicide rate in Nicaragua is among the lowest in Central America. While El Salvador, Guatemala, and Honduras consistently rank highly for gang activity, violence, and crime, Nicaragua, Costa Rica, and Panama are grouped together in the lower risk category.

In fact, a deeper look at the US State Department website reveals that its Level 3 Travel Advisory for Nicaragua lists risks associated solely with protests and anti-government demonstrations — not with everyday travel.

Quiet in the countryside 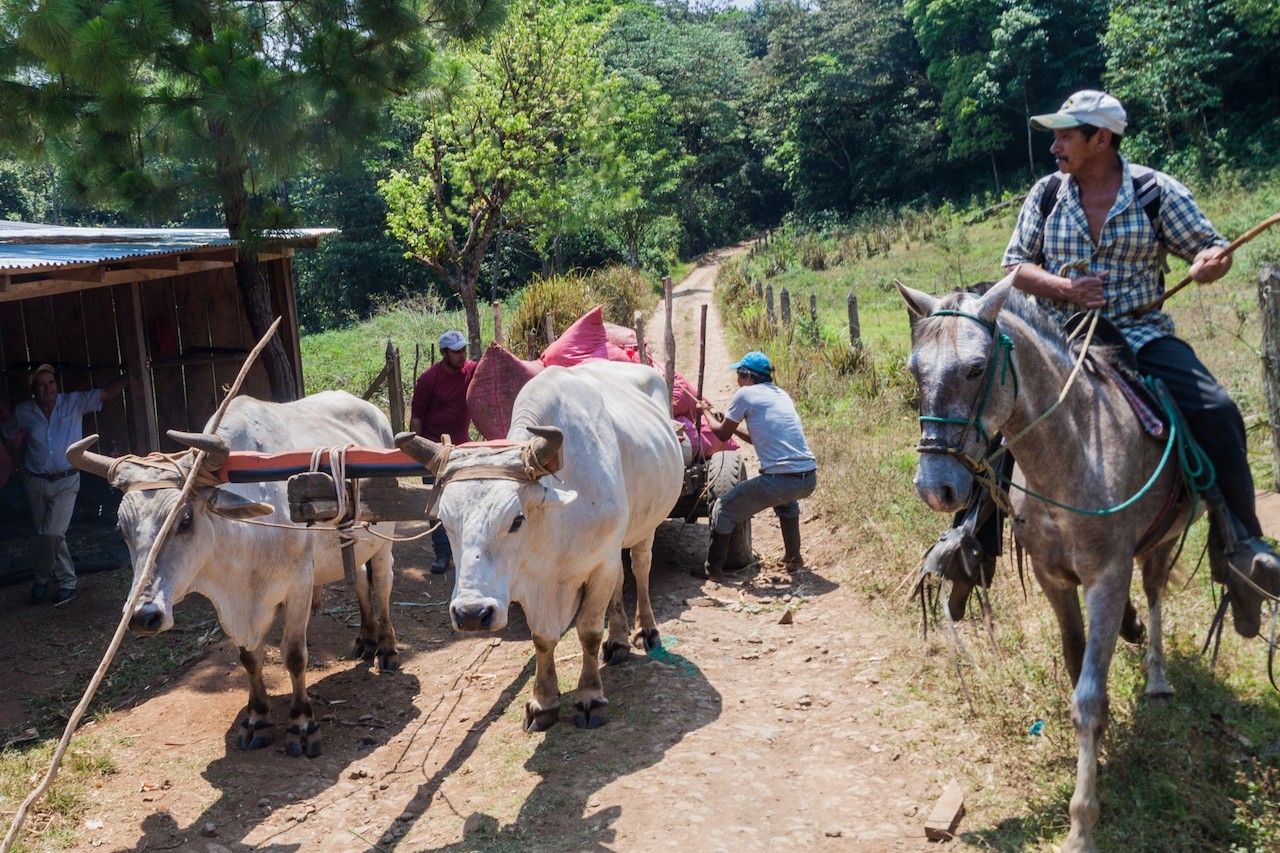 Despite this, the protests and ensuing travel advisories have crippled the country’s once thriving travel industry. But to my surprise, as I recently dragged myself towards the back of flight UA 1433 bound for Managua last May, I was met with a bit of familiarity. While most of the plane’s passengers were Nicaraguan, the last three rows were filled entirely with surfers. None of these back-row travelers preoccupied themselves with the State Department’s words of warning. They were more concerned with the incoming south swell that was bound for Central America.

Upon landing in Managua, I spent my first few hours taxiing around the Nicaraguan capital, stocking up on supplies for the remainder of my trip. Despite the concern expressed by friends and relatives, the city felt completely calm. There were no marches, no unruly crowds, and certainly no displays of violence.

Eventually, I made my way into the countryside toward La Barra Surf Resort in Miramar, Nicaragua. If the city was calm, then the countryside was beyond harmonious. Rolling green hills and farmland backed up to a dense tree line of the tropical jungle. Every so often, the car would slow as it passed a horse-drawn wagon carrying produce. If it weren’t for the fact that each wagon was propped up on Mitsubishi tires, I would have thought I’d traveled back in time.

The view from a local surf resort 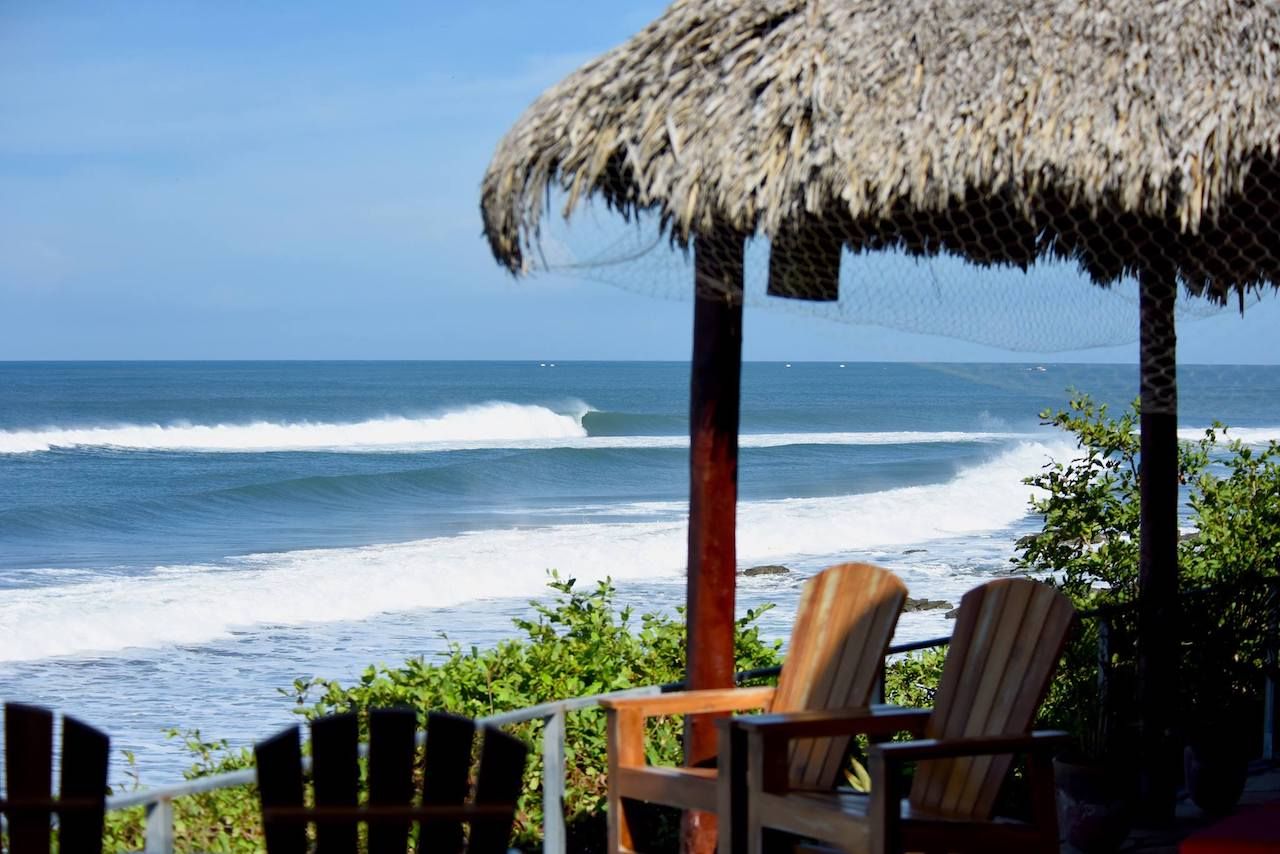 When I arrived at La Barra Surf Resort, I half expected to find an empty hotel. Perhaps if I’d come six months earlier, I would have. However, upon arriving at La Barra, I was greeted by a crowd of fellow surfers from all over California who were just returning from a sunset surf. I hurriedly put my things in my room and joined them on the back porch to get my first glimpse of the waves over a few beers.

La Barra Surf Resort sits perched atop a 30-foot cliff, overlooking the vast Pacific Ocean. A staircase off the back porch descends the cliff face to access four different surf breaks, each of which I became intimately familiar with during my stay. While most mornings and afternoons were spent in the water at one of those surf spots, or boat-tripping to other waves, the back porch was also a dominant feature in my trip. Pre-surf coffee, post-surf beers, and everything in between happened on that porch.

During those long stretches of time on the porch, conversations ranged from surfboard design to profound, existential questions — but, every so often, politics came up. More often than not, Alonzo Vargas, the manager, or one of the local staff members would participate and offer their opinions on the state of things in Nicaragua, shedding light on some of the information I had only read about previously.

Throughout those conversations, I was made aware of the enormous impact the 2018 political strife had on Nicaragua’s travel industry. I heard that a vast number of businesses were forced to shut their doors as a result of the dive in travelers to the area. I learned how the protests affected the staff personally. For those at La Barra Surf Resort and the surrounding businesses in the area, the protests came as a surprise, and no one was prepared for the damage that would follow. 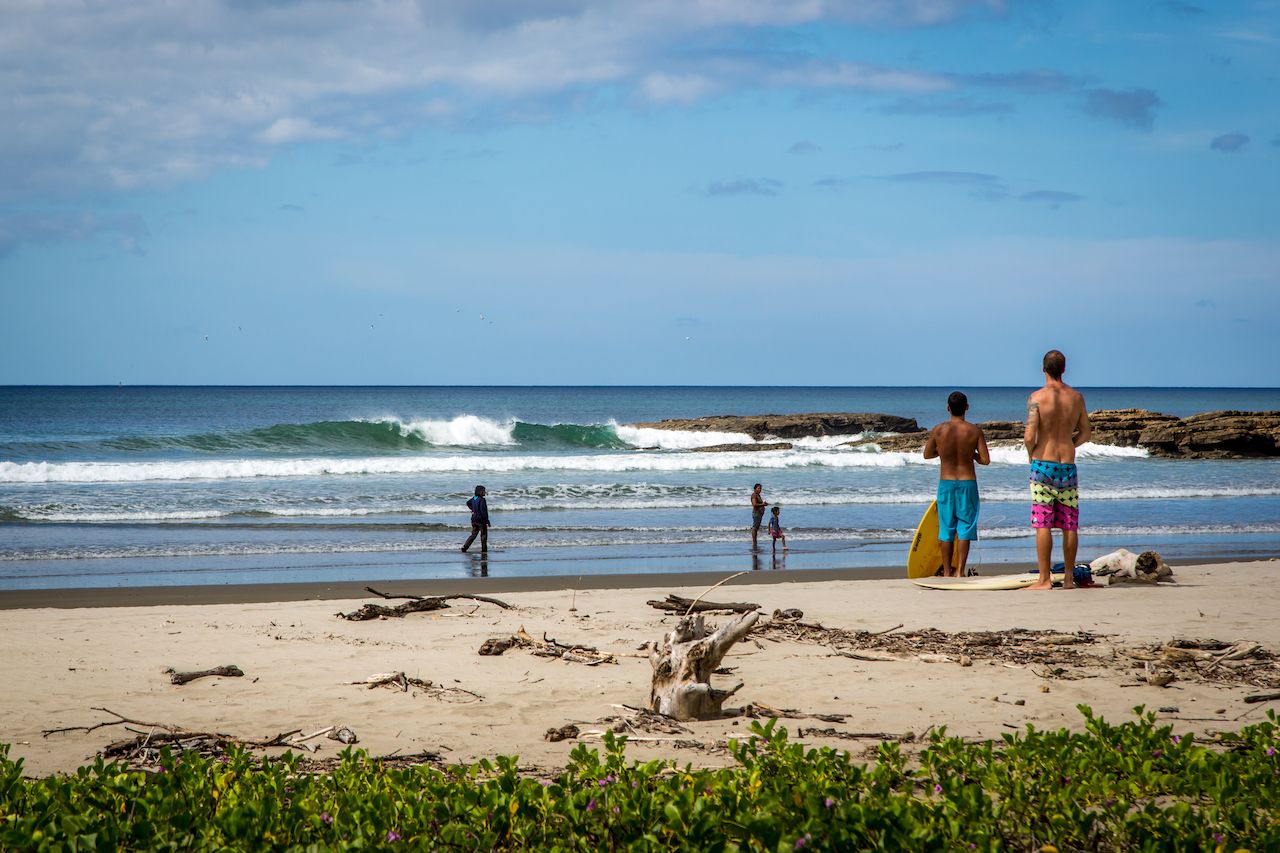 2018 had been shaping up to be one of the best years on record for Nicaraguan tourism. New businesses were popping up all over. The tiny fishing village of Miramar, where La Barra is located, even had a bar open up, where locals and tourists alike could gather at the end of the day and tell stories until the odd hours of the morning.

Peculiarly, while businesses like the local bar, hostels, and hotels in nearby León — as well as luxury resorts — were forced to close temporarily, lay off workers, or even shutter permanently, the surf camps were able to weather the storm. Alonzo told me that immediately following the protests, La Barra had a wave of cancellations, but during the actual protests in the summer months, they had been almost full. None of their guests felt the need to cancel or leave early once there.

The fact that the protests and roadblocks were concentrated in urban areas meant that guests at La Barra and other surf destinations were virtually unaffected. Despite this, their hearts still ached for those suffering in Managua and other cities.

They also saw a sudden shift in the demographic at their property. While La Barra obviously caters to surfers, they also host backpackers, non-surfers, family travelers, and tourists from all walks of life. Since the protests, their business has evolved into a steady stream of surfers who are in Nicaragua for one thing only: waves.

But other travelers have yet to return 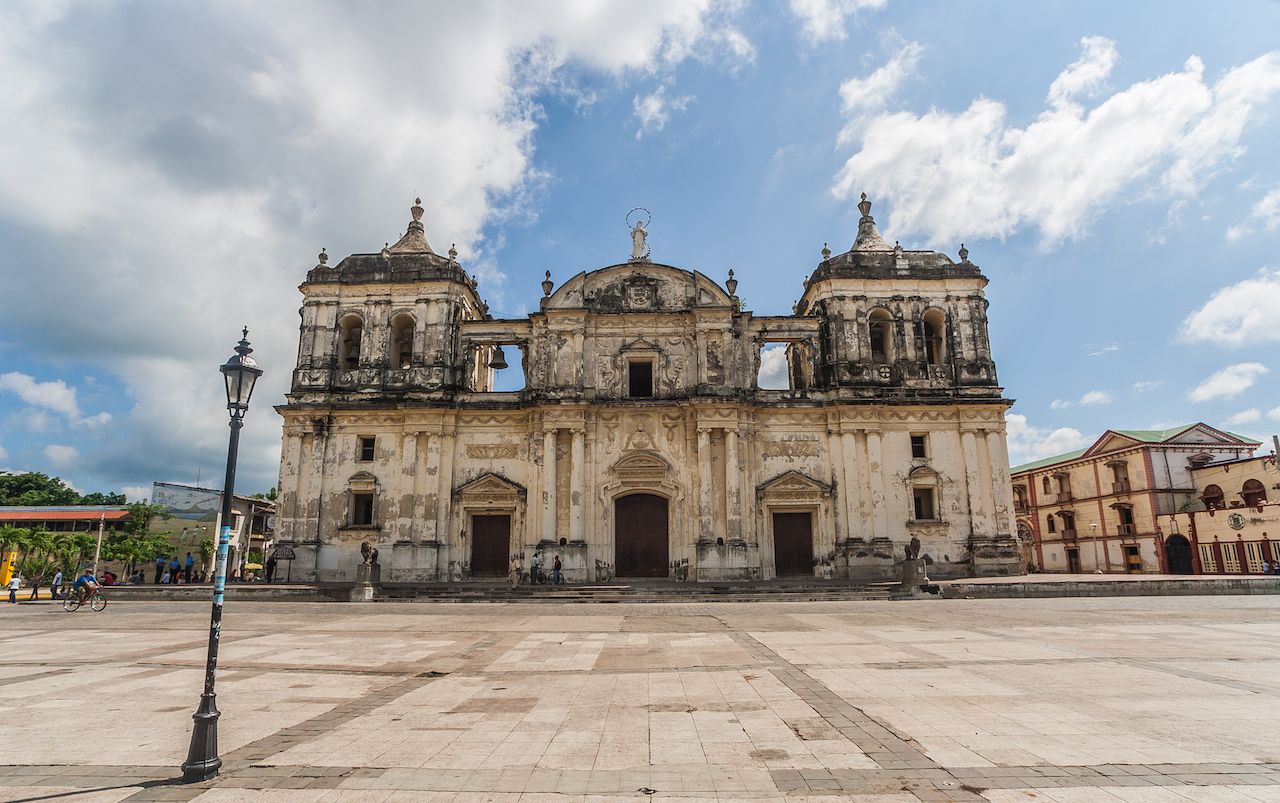 Some nights, after surfing until near dark, we would rush into León for a change of scenery and a bit of nightlife. León had been a backpacker’s hot spot before the events of 2018. The streets of León had always seemed lively, and the Spanish colonial architecture is some of the oldest on the continent. Roughly $3 will cover entrance to the León Cathedral, which is older than the United States. During our ascent to the cathedral roof, I was shocked to find the place nearly empty. In years past, it had always been packed.

From the domed roof, we watched a thunderstorm roll in from the distance. As the clouds moved in from the nearby volcanic peaks, we decided to move to a small restaurant in the main town square. Over Micheladas, we watched the rain come and go, and we marveled at the city’s beauty at night.

Following the protests, León saw a sharp drop in visitors. During the protests, León was one of the sites of conflict. While walking the streets of the city late at night, however, the scene appeared identical to when I was there a mere few years earlier, albeit with far fewer foreign faces. 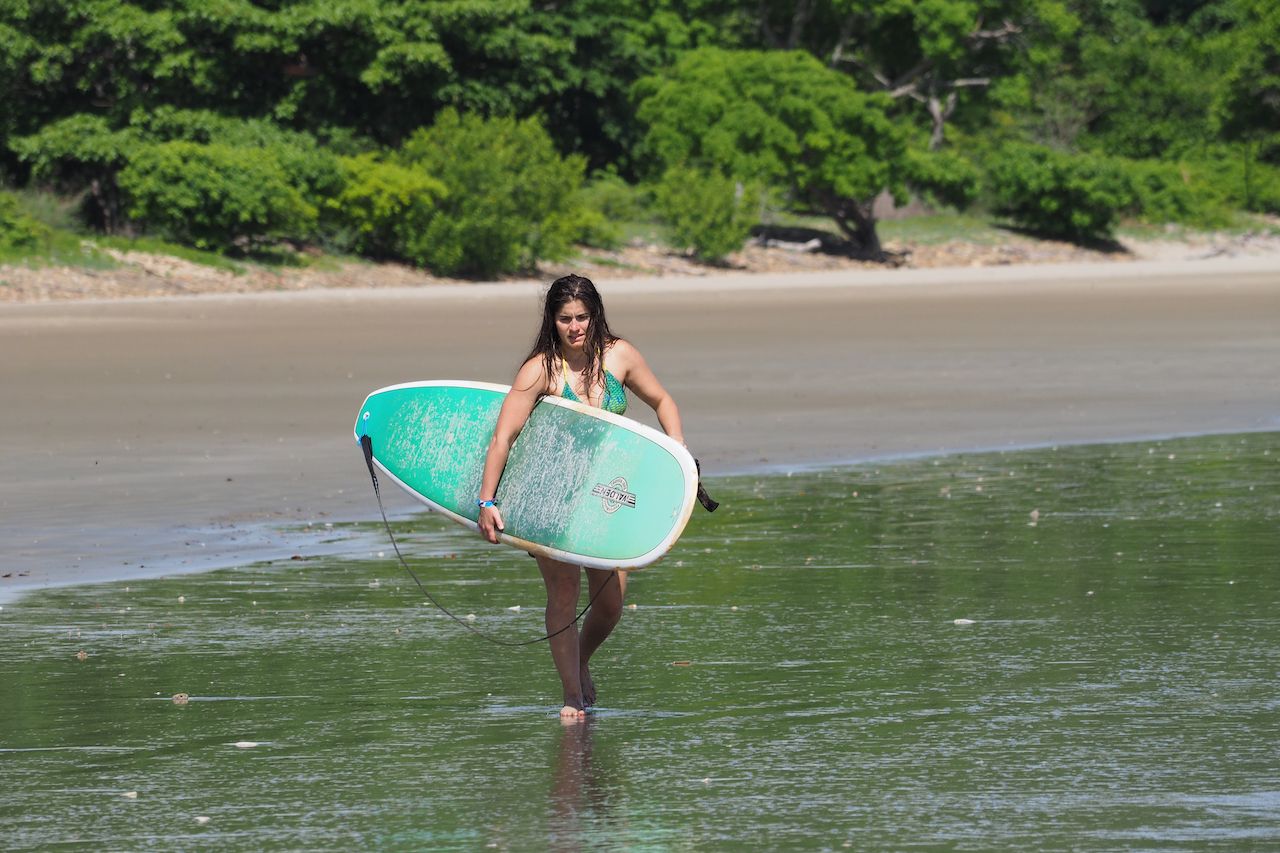 To discover if this drop in tourism affected the rural areas of the country, I called my good friend Jonathan Griffin, owner of Thunderbomb Surf Camp, which is located in the far northwest corner of Nicaragua. Its proximity to the heavy beach break, The Boom, attracts surfers from all over the world. And when I asked Jonathan if surfers were still showing up, despite the recent political strife, he sang a similar tune to Alonzo.

“Listen,” Jonathan told me. “Surfers have been traveling to Mexico and El Salvador for decades, despite what they read online or see on the news. So, we’ve been lucky.”

By lucky, Jonathan means that they have been able to appeal to hardcore surfers and maintain a steady stream of clientele throughout the turbulent times. Hotels and surf camps that service families or the yoga and wellness crowds have greatly suffered. Surfers have always thrown caution to the wind when it comes to traveling. For many of us, the allure of near-perfect waves is worth the assumption of certain risks — real or apparent.

“It is important to note that our beaches have never stopped receiving surfers, not even during the crisis of last year, and they never had any incidents regarding safety or security in [the] country,” officials at the Tourism Board told me.

Germán Sanchez, owner of The Boom Hostel and Nicaraguan native, witnessed firsthand the impact of the protests on local businesses. Like most hotels and hostels in the region, business slowed significantly for The Boom Hostel. They nearly lost all business from backpackers and non-surf travelers. But surfers kept them afloat.

It’s time for other travelers to return 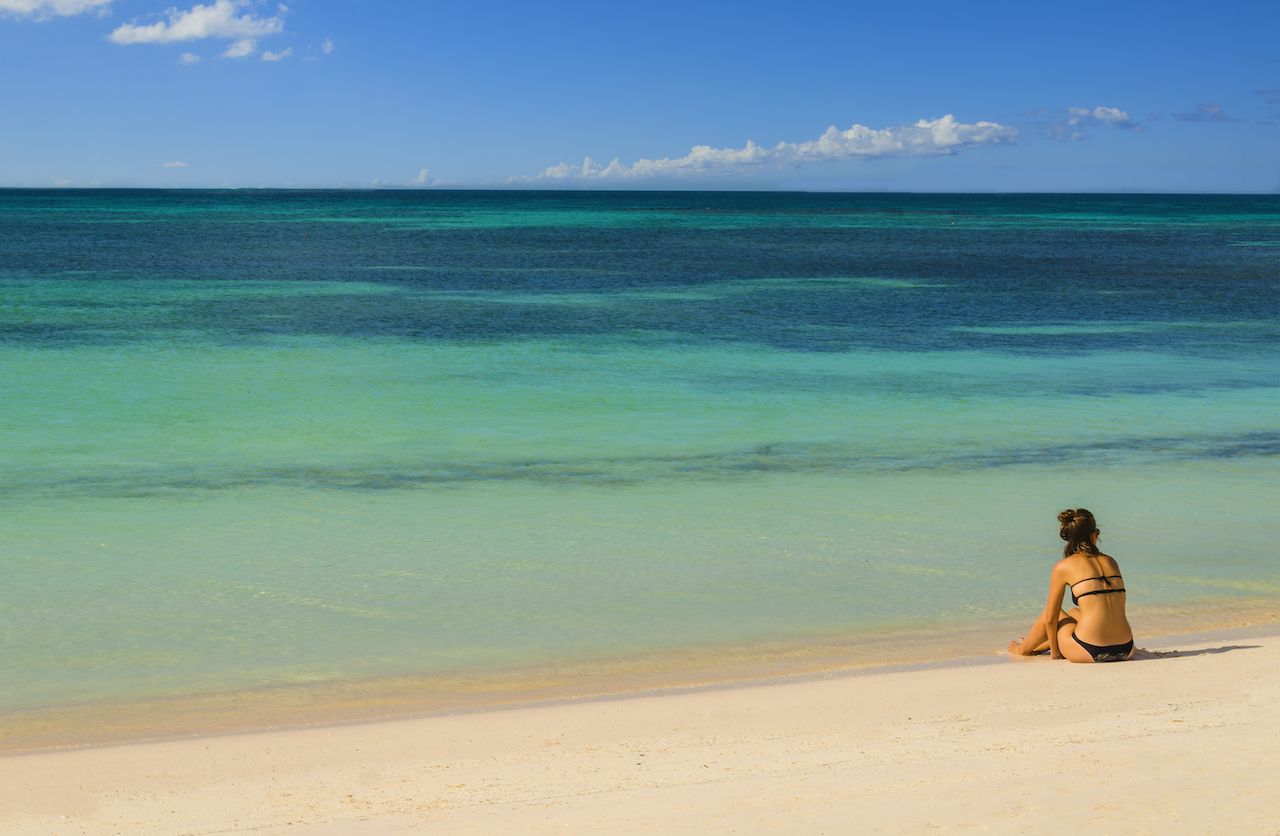 Business owners like Germán and officials at the Nicaragua Tourism Board illuminated for me how the country is recovering from last year’s events while maintaining hope for the future. They labeled this recovery period as “a stage of understanding and reconciliation” in which the protests stopped, and the country returned to its path of progress and peace.

When speaking on the recent slight increase in tourism in Nicaragua, Germán expressed a sentiment I imagine many Nicaraguan business owners feel: “I want people to come back to Nicaragua. Not for me or The Boom Hostel, but for everyone down here. It has been hard for people. They need their jobs back.”

When discussing their hopes for the country’s future, Alonzo, his surf guide, the La Barra cook staff, the waiters in León, Germán, and Jonathan all had the same response: a return to peace and normalcy. With an election coming up in 2021, Nicaraguans desire real change.

In the meantime, they wish that other travelers will follow in the footsteps of surfers and support their economy after so much hardship.